Karate changes the brain – and not just through ill-judged kicks to the head.

Brain scans carried out by researchers from Imperial College London and University College London have revealed distinctive features in the brain structure of karate experts, which may be linked to their ability to punch powerfully at close range.

Oddly, previous studies have found that the force generated in a karate punch isn't, as you'd expect, determined by muscular strength, suggesting that it may be governed by the control of muscle movement by the brain.

The study looked for differences in brain structure among 12 karate practitioners with a black belt rank and an average of 13.8 years' karate experience, along with 12 control subjects of similar age who exercised regularly but had no martial arts experience.

The researchers tested how powerfully the subjects could punch, but stuck to short distances – just five centimeters – to make sure the comparison with novices was fair. The subjects wore infrared markers on their arms and torso to capture the speed of their movements.

Unsurprisingly, the karate group punched harder. And the power of their punches seemed to be down to timing: the force they generated correlated with how well the movement of their wrists and shoulders was synchronized.

And brain scans showed that the microscopic structure of certain regions of the brain differed between the two groups.

Diffusion tensor imaging (DTI) showed structural differences in the white matter – the bundles of fibres that carry signals from one region to another – of the cerebellum and the primary motorcortex, known to be involved in controlling movement.

The differences in the cerebellum correlated with how well the subjects' wrist and shoulder movements were synchronized when punching, with the age at which their karate experts began training and with their total experience of the discipline.

“The karate black belts were able to repeatedly coordinate their punching action with a level of coordination that novices can't produce,” says Dr Ed Roberts of Imperial College.

“We think that ability might be related to fine tuning of neural connections in the cerebellum, allowing them to synchronize their arm and trunk movements very accurately.”

[These changes in the brain may suggest one reason why martial arts training is so beneficial for autistic students. Learn more using the links below.] 1 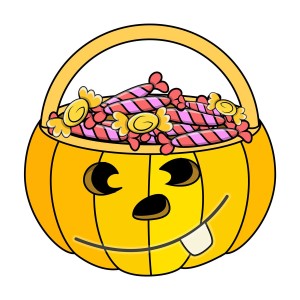 Is Soo Bahk Do® Sweeter Than A Bag of Halloween Candy?

After all, Soo Bahk Do® can also empower a child to protect themselves from bullies even when no authority figure is present to do so?

What can enhance a child's self esteem like nothing else and boost their confidence?

If you are planning to hand out treats to tricksters this Halloween, then consider adding Soo Bahk Do® karate lesson cards to your treat handouts at no cost to you thanks to the members and supporters of two non-profit organizations.

Any of one-hundred-sisty (160) independently owned and operated martial art studios (find one near you here) certified by the non-profit U.S. Soo Bahk Do Moo Duk Kwan Federation® will gladly provide you with a supply of  karate lesson gift cards that you can drop in with the treats you hand out and you'll be adding a valuable gift, a pleasant surprise and a healthy dose of self esteem and bully protection to every trickster's bag.

So this year why not add Soo Bahk Do® karate lesson cards to your mix of Halloween treats this year?

Be the best Halloween treat giver in your neighborhood!

Parents and kids alike will find your treat sweeter than candy when they go through their bag of goodies.

Call or email a location near you  to have a supply of Soo Bahk Do® karate lesson cards sent today at no cost!

I received this great message from Sa Bom Nim Michael Zickafoose in Region 5 about how[...]

How Do You Advertise Karate Fo...

The image shows how one advertising agency does it.  Credit for the clever photo ad[...]

How To Bully Proof Your Child...

Bullying has reached epidemic proportions in today's society and while some schools, workplaces and governments[...]

Dwayne  Townsend is an internationally certified Master level practitioner of the Soo Bahk Do® martial art[...]